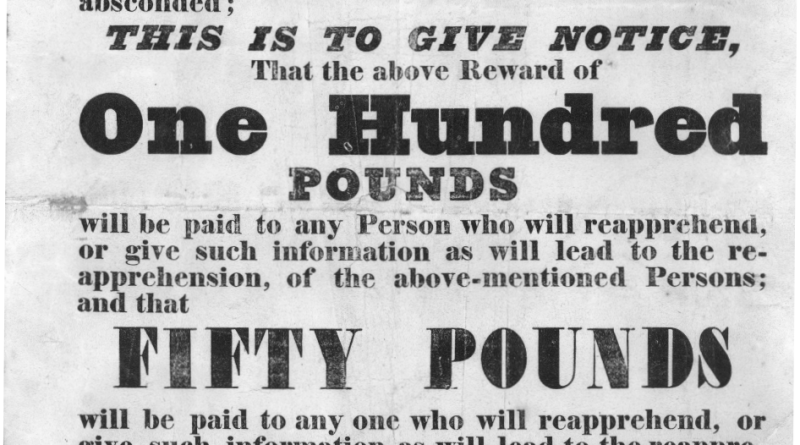 This year sees the 175th anniversary of two violent Welsh Chartist demonstrations, firstly in Llanidloes and secondly in Newport.  Chartism aimed at creating democratic rights for all men and had grown out of working class disappointment with the terms of the 1832 Reform Act.  It was also motivated by hatred of the 1833 Factory Act and the 1834 New Poor Law and exacerbated by the maintenance of the Corn Laws and was accompanied by a general turn down in trade.   The People’s Charter was drawn up in 1836 by members of the London Working Men’s Association. They wanted a vote for men over twenty one, a secret ballot, no property qualification for MPs, payment for MPs and equal constituencies. With the exception of annual Parliamentary elections, each point of the Charter eventually became law.

The term ‘Chartist’ was essentially an umbrella term for diverse movements that campaigned for universal manhood suffrage.  In February 1839 they combined to form a National Convention to discuss the creation of a petition to Parliament for the implementation of the six points of the Charter.  In 1839 there was a hardening of attitudes as to the means  of  achieving  Chartist aims and a belief in the use of physical force, as opposed to moral force, was increasingly being advocated.  The motto, “Peacefully if we can, forcibly if we must” was increasingly used after the Chartist National Convention.

Although many people know about the Chartist march on Newport, in November 1839, when fifty Chartists were seriously wounded and upwards of twenty-two were killed or died of their wounds, less people are aware that in April and May 1839 there was a disturbance in Llanidloes which was attributed to Chartism.  In mid-Wales workers in the woollen towns of Llanidloes, Newtown and Welshpool were suffering hardship due to competition from the northern British mill-towns.   The 1843 Parliamentary Gazetteer to England & Wales, states that in Llanidloes in 1838  there  were  six  woollen  factories  involved  in  the spinning and carding processes and there were also fulling mills for cleansing and thickening the finished cloth and approximately 800 handloom weavers, who were experiencing a decreasing demand for their skills. Factory based work was arduous and dangerous and hand loom weavers worked long hours and were often controlled by master-weavers.  Chartism was increasingly seen as the answer to their problems.

A Chartist branch of the Birmingham Political Union was set up in Newtown in 1837 and further Chartist groups were set up in Llanidloes and Welshpool in 1838.  In October 1838 the first Chartist petition was approved and Charles Jones of Welshpool was chosen as delegate to  the  Chartist  National Convention which convened on 4th February 1839. Another prominent Chartist leader in mid-Wales was iron- monger Thomas Powell of Llanidloes.

On Christmas Day 1838 a group of Chartists processed to the place where Caersws workhouse was being erected and Thomas Powell, Charles   Jones   and   others spoke about the Charter, the repeal of the Corn Laws and the New Poor Law.  In March 1839 Charles Jones took leave of absence from the Convention to tour his home area with Chartist orator Henry Hetherington.  On 9th April 1839 the three Chartists, Powell, Jones and Hetherington arrived in Newtown and addressed a huge but peaceable crowd.

The outbreak  of  violence  in Llanidloes began on 30th April 1839.   There had been rumours of an armed uprising and the Llanidloes magistrates became    alarmed and demanded police support from the Government. Thomas Edmund Marsh, a wealthy Trewythen landowner, lawyer, magistrate, and former mayor played a major part in causing the riots.   He took a leading role in bringing police and troops to the town possibly to discredit the Chartists.  The normal force in the town consisted of just one  elderly  night  watchman  and  some part-time unpaid constables. Marsh warned the authorities that there was serious unrest in the town and three constables were sent from London and took up lodging in the Trewythen Arms. Marsh also recruited 300 special consta- bles, mostly from amongst his own tenants.  On the 30th April the Chartists held a peaceable meeting on the Long Bridge in the town.  Special constables had arrested three Chartists, Abraham Owen, aged 48, a weaver, Lewis Humphreys, aged 29, a shoemaker and Thomas Jerman, aged 27, a carpenter and imprisoned them in the Arms.

The events that followed are subject to conflicting accounts.  When information about the arrests circulated a large crowd gathered at the Trewythen Arms, fired on the door, gained entry and freed the prisoners. It would appear that many of the crowd were not Chartists, but discontented towns people and it was in many ways an anti-police riot. Two of the special constables hid in a hay loft and the third was badly beaten with iron rods before escaping.  Chartist, Thomas Powell was in Newtown and hurried to Llanidloes.  He attempted to calm the crowd and helped Armishaw, an injured Welshpool policeman to safety.  For five days the Chartists were in control of the town, but they worked to preserve law and order and appointed watchmen to make sure peace was maintained. The period from Tuesday 30th  April to Saturday 4th  May 1839 was named the ‘Five Days of Freedom’.  Marsh now requested military assistance and on 4th May forces entered the town including Yeoman Cavalry who rode with sabres drawn.  They found an essentially quiet town.

The town was sealed off and the riot was used as an opportunity to arrest local Chartists.   Rewards were offered and Abraham Owen, one of the three men freed from the Trewythen Arms, was arrested outside the town. The ‘Wanted Poster’ refers to Thomas Jerman and Lewis Humphreys who had also escaped from the Trewythen Arms.  While Lewis Humphreys was captured in Merthyr Tydfil, Thomas Jerman managed to escape to America via Liverpool.  A photograph shows  him  in  Mankato  in  Minnesota  with  his  family. There was no proof that the attack had been planned by Chartists, but thirty convictions followed the July trials and sentences were harsh ranging from fifteen years transportation to months of imprisonment. Three Llanidloes men were transported on the convict-ship Woodbridge to New South Wales: James Morris for riot and stabbing and Lewis Humphreys and Abraham Owen for riot and training with arms.  Chartist, Thomas Powell from Llanidloes, was one of the thirty-two people arrested and imprisoned.   He received a sentence of twelve months, but in order to obtain his release he had to find sureties totalling £800 to ensure he kept the peace for five years.   He was not imprisoned for the riot of 30th April, but for using seditious words on 9th April, even though there were witnesses who denied that his speeches were inflammatory.