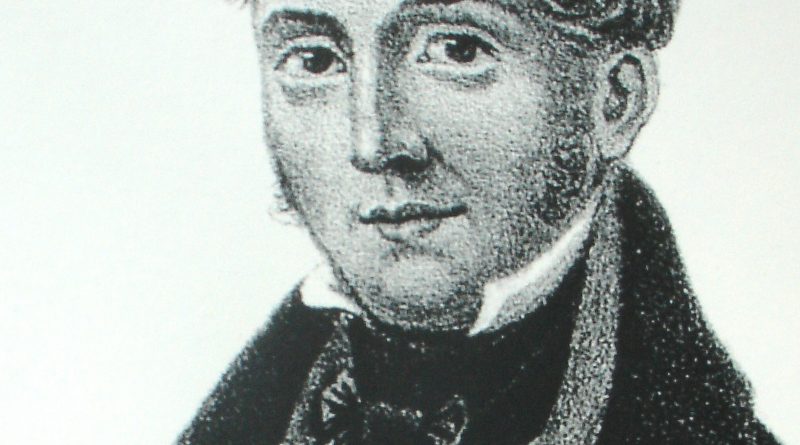 Henry Vincent, was one of the leaders of the Chartists in South Wales and the West of England.  He was a young, charismatic figure who won over many to the Chartist cause by his oratory and singing.  He was a printer and edited the Chartist newspaper, The Western Vindicator.  He was given responsibility in 1838 for promoting universal suffrage and welfare benefits and Working Men’s Associations in industrial South Wales and the West Country of England from Cornwall up to Wiltshire and Gloucestershire.  He was interested in the views of Tom Paine and especially Paine’s message of votes for all (including women), improvement of working conditions, adequate wages and the right to meet to improve working conditions.

Henry Vincent warned of “the growing snowball of Chartism… oppressors to beware lest it should roll down and crush them”.

Vincent was an “accomplished public orator, passionate but logical and a clear, concise speaker with energy and drive. He was able to convince men and women from all walks of life to agree with his message.  “With the fair sex his slight handsome figure, the merry twinkle of his eye, his incomparable mimicry, his passionate bursts of enthusiasm, the rich music of his voice, and above all, his appeals for the elevation of woman rendered him a universal favourite and the Democrats of both sexes regarded him as the young God of English Democracy”.  RC Gammage  ‘The History of The Chartist Movement’ in 1859.

In December 1838, Vincent published a Chartist newspaper “The Western Vindicator”.

The authorities sought to obstruct Vincent and deny him the opportunity to speak out. They feared a worker’s Revolution with resulting violence and damage to property, and they were particularly opposed to those Chartists who were advocating the use of physical force to achieve their aims and vent their resentment and fury. During a visit to Devizes, Vincent was knocked unconscious when he was beaten up.  Henry Vincent tells his story of this event : “impressing upon our people the necessity of keeping the stric 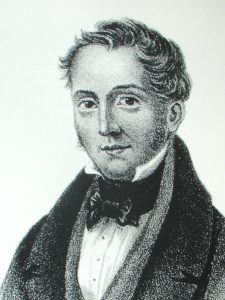 test order we marched eight abreast. … we walked through the streets without the slightest interruption … cheered by some of the most respectable inhabitants … I observed the Lancers, under arms, and a large number of special constables, and also perceived all the streets round the Market-place were filled by large bodies of men, many of whom appeared to be railway labourers. A wagon was placed in front of the Market Cross, and our friends gradually took up their position around it….Mr Roberts and myself jumped upon the hustings. A horn blew in the rear of the hustings, immediately, when a stone struck me on the back part of the head and knocked me out of the waggon.” In the fight that followed…”I saw many welldressed persons directing the attack, armed with pistols. After receiving several blows, I again got up to the waggon, and we remounted it, but found it impossible to speak. ..I was assailed by about twenty bludgeon men…. “Death to Vincent, Roberts, and Carrier”, was yelled in chorus. … The tall fellow raised his heavy club … I gave way, and received a severe blow on the chest” They retreated to the Curriers’ Arms, where Roberts and Vincent attempted to address the people for a short time, but gave up when they could see “the bludgeon men (who had been replenished with the contents of a few barrels of beer) again mustering for the attack”. The High Sheriff provided a military escort out of the town.”

Government spies followed Vincent, seeking evidence to arrest and convict him at a time when transportation to Australia or death by hanging were some of the punishments for stirring up social unrest.

In May 1839 Vincent was arrested in May 1839 for making inflammatory remarks. He was eventually tried at Shire Hall, Monmouth on 2 August 1839 and sentenced to one year imprisonment.  The Chartists in Newport were furious when Vincent was arrested and imprisoned at Monmouth County Gaol.  His arrest was followed by several outbreaks of violence.  John Frost toured Wales making speeches calling for a massive protest meeting to show the strength of feeling against the imprisonment of Henry Vincent. Frost’s plan was to march on Newport where the Chartists planned to demand the release of Vincent.   The authorities in Newport heard rumours that the Chartists were armed and planned to seize Newport. Stories also began to circulate that if the Chartists were successful in Newport, it would encourage others all over Britain to follow their example.